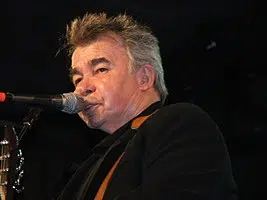 NOTE: There are no physical tickets for events at The Buttonwood Tree.

The Buttonwood Tree is proud to present a night of music dedicated to John Prine. On October 14th, 7 to 10 pm, you’re invited to hear some favorite songs by the legendary John Prine.
John Prine is a two-time Grammy award winning singer-songwriter whose music changed the face of modern American roots music. He was known for an often humorous style of original music that has elements of protest and social commentary. Numerous musicians will pay tribute to him both nights. One of the musicians featured will be Bob Gotta, who has hosted TBT’s Thursday Open Mic for 22 years. Songs from Bob’s all-original cd, The Seasoned Heart, have placed him on stages in CT, MA, and NY, where he’s opened shows for Bill Morrissey, Annie Haslem, and Paul & Annie Raines. Well respected for his superb covers of songs, Gotta will perform several John Prine songs with artful justice and adept guitar playing on Friday night. On Saturday, Stan Sullivan takes the spotlight covering Prine‘s songs and telling stories of his many experiences with Prine. Sullivan is an acclaimed finger-picking style guitarist who has won awards all over the country.
Reserve seats at Buttonwood.org or call (860) 347-4957 for more info.

Support us with a donation.